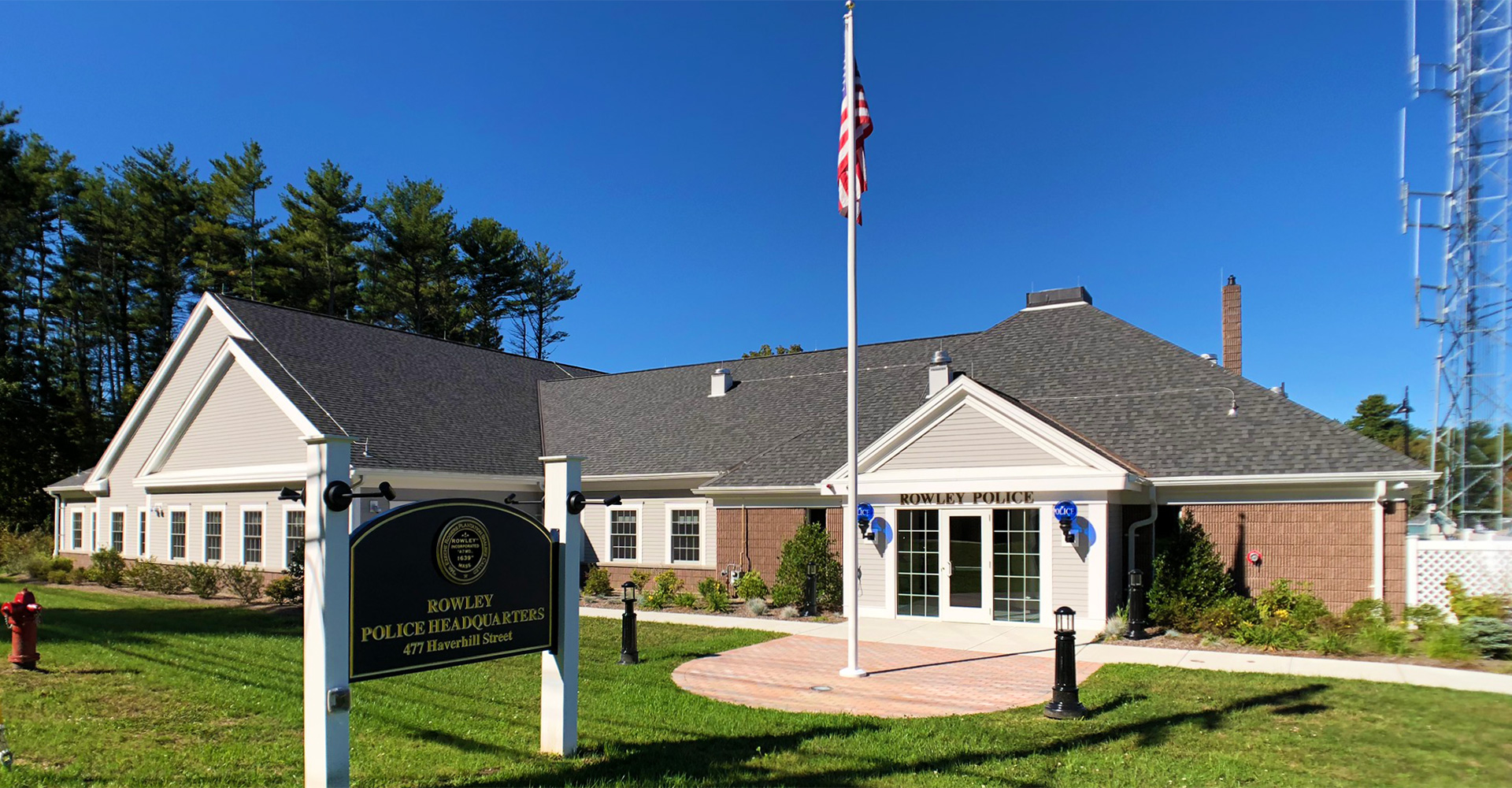 Hints & Tips To Help You Save

You can save energy and money in many ways in every season with Rowley Municipal Lighting Plant's All-Season Energy Saving Tips. 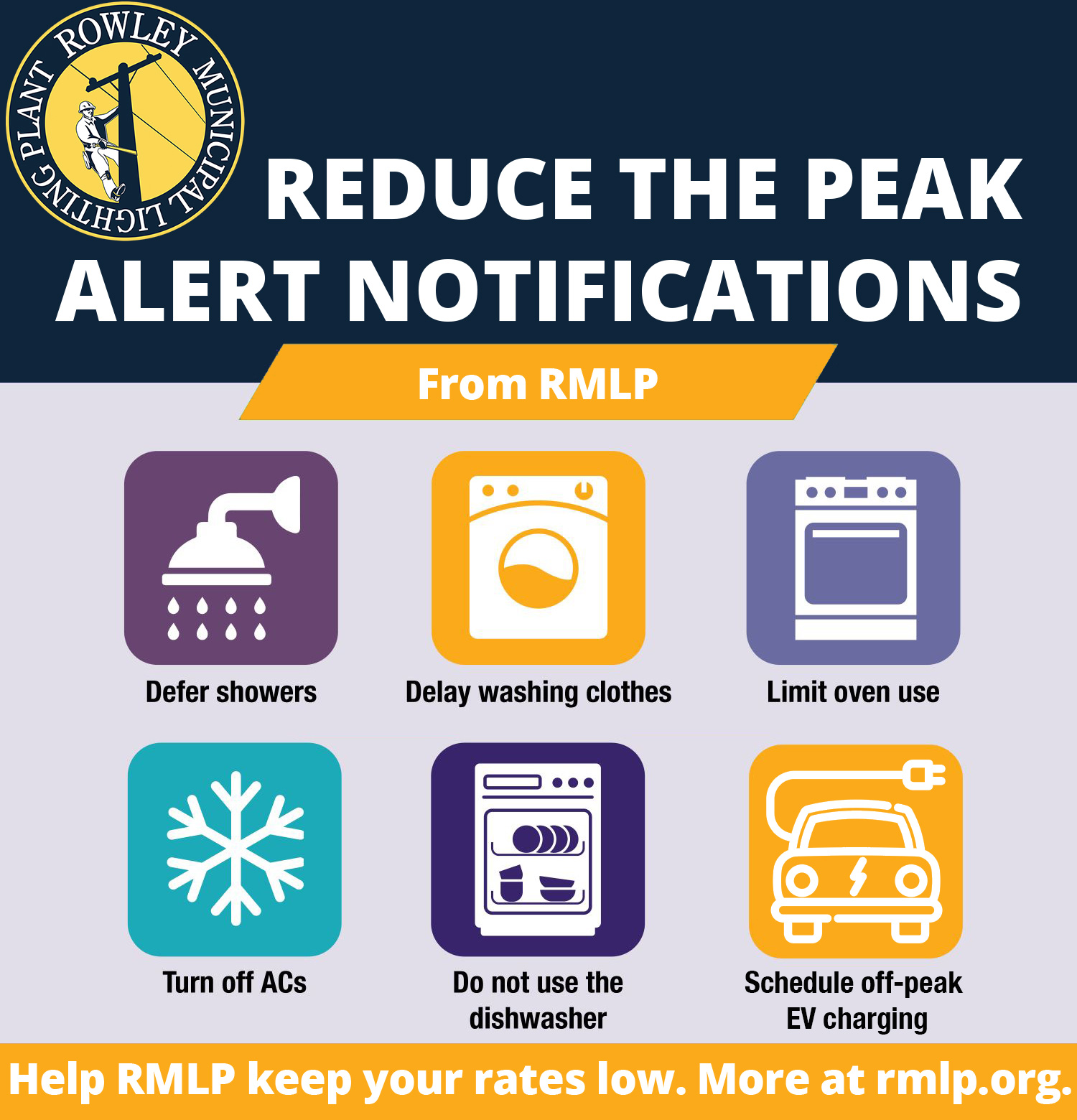 Occasionally, Rowley Municipal Lighting Plant issues “Reduce The Peak Alert Notifications”. These are usually announced due to extremely high or low temperatures and projected high energy use during a specific short period of time. During these periods, the price of buying electricity from our suppliers substantially increases. If customers voluntarily cut back at these times, it helps RMLP keep everybody’s longterm electric rates lower.

Get answers to your questions in our RMLP “Reduce The Peak Alert Notifications” flyer.

Check out each of RMLP's Online Resource Library of links to Nonprofit and Government Home Energy Conservation Resources. Each can help you save and money on energy costs.

GET YOUR HOME AUDITED!

The RMLP contracts with Energy New England (“ENE”) and pays for the cost of home energy audits.

One free Home Energy Audit is offered to each RMLP residential customer. The homeowner is responsible for paying any and all energy saving upgrades.

If you would like to request a free Energy Audit of your residence, the Energy New England Representative at 1‐888‐772‐4242 can coordinate this service on your behalf.

The Energy Audit consists of a certified Energy Advisor who will visit your home and compile a comprehensive energy evaluation report. This report will identify ways to enhance both the energy efficiency and comfort of your home, and potentially reduce energy costs. The homeowner at his/her sole discretion will determine which, if any, energy conservation improvements they desire. If you would like more information on energy conservation services available to you, please contact the ENE Energy Hotline at 1‐888‐772‐4242.

See their "Your Energy Assessment" Page for more information.

BEST TIMES TO SAVE.

How does RMLP meet the demand for electricity?

Unlike most products, electricity can’t be stored after it's produced—it must be generated and distributed at the time of demand. Therefore, there are Peak Periods of the day during which utilities must produce additional electricity to meet the demands of their customers.

How does this affect the cost of electricity?

Your electric rates include, among other things, the cost of fuel used to run the utility’s generators, as well as the costs of any power it may purchase from other utilities. By reducing electric use at peak times of the day, you are helping to save expensive fuel that would otherwise be used in a peaking generator. This translates into savings for all our customers.

The time of day when electricity is used can make a big difference to the town of Rowley—and ultimately, to you. By shifting the time of day you use such household appliances as clothes washers, vacuum cleaners or dishwashers, you can help reduce electric demand during peak times of the day, thereby reducing the overall cost of power for everyone in Rowley.

Our customers' demand for electricity is influenced by the number and type of appliances in their home or business, and how often those appliances are used. The total of all customers’ electric demand is the “load” that RMLP must supply. Because customers use electricity in different amounts and at different times, the load changes over the course of a day, a week or a year. It also changes with weather.

Generally, the BEST times to use electric appliances in Rowley are:

Generally, the WORST times to use electric appliances in Rowley are: